It was more than forty years ago, when I met this tall gangly fourteen year old, it was my first day of high school, and I’m wearing jeans. This was only a few years after girls were allowed to wear pants in public schools, I was feeling radical, and pretty damn cool. I walked into Spanish class and slipped into an open desk. The kind of desks where the seat, desk, and storage are all connected. I scanned the room for a familiar face and found none. I noticed the boy sitting in front of me had appealing dark curls. He seemed a little stiff so I gave one of those curls a tug. I meant no harm, just a friendly tug, let him know who’s behind him. He turned around, eyes wide like saucers, looked a little frightened, and promptly scooted his desk a few feet away. What can you do? I followed by pulling my desk right up next to him and said, “Hey, you take notes today. I’ll get them tomorrow.” I smiled and added, “I’m Cheryl and I think we’re gonna be friends.” His buddy across the room yelled, “I think she likes you Larry.” No truer words have ever been spoken.

I married that boy in 1983, we were all of twenty-three years old, and we thought we had the world by the tail. With college behind us, we secured jobs, and set up housekeeping, in a two bedroom unit, on the outskirts of Portland, Oregon. We were young, bold, and ever so naive. I remember our first fight like it was yesterday. It was over the heater. See this had been Larry’s apartment prior to marriage, after eight years of dating we had never lived together, and now I was beginning to realize he had control issues. He says, “Did you touch the heater?” Me, “Yes, do you have a problem with that?” Larry, “I like to keep it at 65.” Me, “That is ridiculous, I’m freezing.” Larry, “Honey, just let me take care of the heater, you don’t understand the settings.” Me, “I think I get it (raising my voice) honey.” Larry, “Look, it’s my house, and I like it cool (shouting).” I reach over and throw my glass of water at him, the water, not the glass, “There you go, that should cool you off.” He just stood there, with the water slowly dripping off his face, like he was in shock or something. I smiled, his lip twitched, and I knew I had him. We learned the power of compromise in the eighties. Setting the heater at 72 during the day, 62 at night, and all was well for a while.

Apparently all that fun we were having in the “cool” bedroom resulted in four lively offspring, all formed in the same womb, knitted together by a common thread, and that is where the similarities end. They came charging out of the womb with their own set of operating instructions, attitudes, and dispositions. I was confounded each and every day for about twenty years. (Who am I kidding, I’m still confounded.) What worked for one child didn’t work for another and to complicate things I’m a slow processor. I was just learning to manage temper tantrums when puberty hit and I was doomed. “What the hell,” I’d call my mom and complain. She is like a priest. She listens, lets everything pass in one ear and out the other, until I stop talking. Then she tells me about her garden and which flowers are in bloom. Not so helpful, but calming nevertheless. The years passed, I became the consummate gardner, with just enough shit to make the best blooms.

My husband and I are polar opposites. He is quiet, somewhat of a loner, but enjoys an active lifestyle. So he jogs in the early morning, works out of the home when he’s not traveling, and slips off to his man cave (his home office) whenever possible. I process everything out loud, I like people, but I’m okay with down time. So I took up jazzercise, ran girl scout troops, and curled up with a good book whenever possible. I was a stay-at-home mom for twenty-one years. Larry was in sales and traveled often. We realized early on that phone calls at 5:00 pm were a bad idea. See, while Larry was digesting his four-star steak dinner on the east coast, I was in the middle of homework hell on the west, just retrieved four kids from four different practices, cooking dinner while dealing with printer issues, and I still had bedtime to conquer. I was resentful, he missed his family, I couldn’t do it all, he worked his ass off, I wanted a date night the minute he walked in the door, he wanted a home cooked meal, I wanted to talk to adults, he was done talking, I needed him, he needed me, I could be cruel, he could be mean, some days I wanted out, so did he, but we stayed the course, and learned how sacrifice, apologize, and grovel on occasion. I refrained from throwing water and he loosened his grip.

We went zip lining in New Zealand a few weeks ago and I decided this was the perfect marriage metaphor. We were standing side by side on the platform, staring into the abyss, it was petrifying, you jump anyway, the ride is incredible, but you land on a new plateau with completely different experiences. I was gazing at the sky, he was looking towards the ground, both of us captured by the view of the sea. The thing is you land in the same place and decide if you want to do another jump. I gave his line a little tug, let him know I was beside him, and ready for another go. Pir Vilayat Inayat Khan says, “In our relationships we need to uphold that aspect of the person which is the real person and the soul beyond their own self-doubt.” Marriage happens in stages, both parties will undergo change, the important thing is that you change in ways that are positive both individually, and as partners. We are thriving after thirty-three years of marriage and four grown kids. I say thank God for good wine and just enough shit to bloom.

Cheryl Oreglia has created the lifestyle blog Living in the Gap. Her work appears randomly as she corrals the time to write and reflect on the mundane. She has been married for thirty-three years, raised four children, and started teaching high school in her twilight years. Cheryl has a unique voice, one that she hopes will resonate with you. When you have some time please stop by Living in the Gap: cheryloreglia.blogspot.com

This essay is part of the Survive Your Story Guest Exchange. All images were provided by the author.

Read Me on Living in the Gap 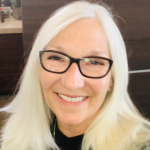 Today I’m sharing a bit of my #metoo, #WhyIDidntReport and how discovering my sexuality freed me for #MondayBlogs. I might be nervous. @HeartHumanity1 therelationshipblogger.com/th…

The Emotional Labor and Delivery of Boundaries