It really does. I didn’t realise how much until I …

Comment on My Father Killed My Creativity But He Probably Saved My Life by Raymond Baxter.

Glass Men: A feminist navigating the world of fragile male egos
You know? I loved this. This is what I’ve been slowly learning over the last four years. There have been times when I’ve seen conversations that I can relate to and wanted to jump in with “not all men” but I’m slowly realising that that comment fractures the conversation and pulls it back onto me and my gender.

Writing with F-Bombs, Curses and Words of Power
I just had to write something in here. I really enjoyed that piece very much. In essence I don’t like to swear in my writing either. I think it dulls the tone of the writer. Perhaps one or two times I will drop the F-bomb in a post such as one I wrote about Donald Trump earlier, but that was more-so to add effect. Like you said; when the Teacher unexpectedly starts swearing, everyone gasps in shock. 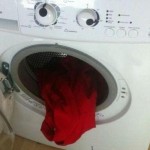