Live Your Life, Serve Your Country and Show No Weakness

I am not an emotional person.  Well, the old me isn’t anyway.  My prior profession, serving in the military, made me void of any emotions long ago.  It was seen as a weakness to truly care about the soldiers that you were in charge of.  The culture of the military is to mask your emotions and get on with the business of defending this country.

I was lock, step and heel in that philosophy, too.  Don’t show any emotions so that your subordinates, peers and superiors don’t mistake it for fear.  Because who wants a sensitive soldier around?  We can’t trust them.  Feelings are for women and you know where that gets you.  That’s the type of thing I used to hear all the time.

But I quickly saw on my transition out of the military that it’s just not that institution that feels that way. Society as a whole doesn’t want sensitive, emotional men.  It has become a common thread throughout the country that masculinity and being sensitive are polar opposites. Truly, you can’t be both and be taken seriously as a man.

Why is that?  I started to look back at my own life when I started to write this so as to use myself as a case study.  What I found brought me to tears.  Sure, I have been loved throughout my life.  My parents loved and still love me.  But my mother was the only one who really showed it.  My parents divorced in the mid-1980s and my father gained custody of my younger brother and me. I lived with him and our new family unit until shortly after my 18th birthday.

My father was a career Army man, too.  He was the poster boy of the popular slogan “Be All That You Can Be.” He devoted every waking moment to his profession and it showed.  He was not an emotional man at all.  In fact, I only remember my father crying one time; when my stepmother was moving out of the house. I don’t remember him crying at my high school graduation.  I don’t remember him showing any emotion when my oldest daughter, his first grandchild, was born.  Nothing at all.  To be fair, maybe he did but I was so conditioned to not paying attention to it that I didn’t notice it. I doubt it though.

This was my model:  Live your life, serve your country, and show no weakness.  Don’t show it to women that you are involved with.  And under no circumstances will you allow a man to know, see, or hear that you were emotional.

I have broken these rules many times.  I have cried uncontrollably at times in my life and been told that I was too sensitive.  Even by those closest to my heart.  It stung, but I regrouped, added more bricks to the wall and continued to shut myself off from the world.

In 2013 I was diagnosed with an adjustment disorder which was actually depression. When I came to grips with that, I started to let my guard down.  Since starting my blog in September 2014, post after post, month after month I have slowly taken a brick down from this wall and let the world in.  Unintentionally I came to grips with how I was feeling and how I needed to change.  By allowing myself to be vulnerable to the world, I was becoming my true self: an emotional yet masculine man.

Now, I still have issues showing emotions to loved ones.  It’s just not going to happen overnight, mind you. It is a daily process, but I want every man who is reading this to understand that you can be both.  That it doesn’t take away your manhood to take your feelings into account.  Some decisions can be made emotionally.  Not all, but some.  You can be emotional about sports as well as the current state of our nation.  You can show genuine gratitude and emotion to another man and not feel less than him.

It is time to run your life both with your heart and mind as equal partners in the pursuit of your greatness.

Antonio L. Vereen is the founder of the blog, Living the Dream, mixing inspirational storytelling with personal development advice.  He writes about maximizing human potential and pushing people out of their comfort zones. Antonio is a recently retired 23 year Veteran of the U.S. Army working in Riyadh, Saudi Arabia. 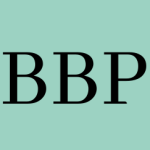 I’d Like to Unsubscribe from #toxic #relationships link.medium.com/Zy5VqbC0I6 #abuse #life

Stuck? When to Press ‘Reset’ on Your Writing link.medium.com/XTQtmMdAF6 #writing #writersblock #inspiration

Boy Blue was written for a trans friend. I hope you enjoy it. link.medium.com/E5EzVNRiE6 #gender #lgbtq #poetry