My #LinkYourLife Passion: Why I Keep Showing Up

A note from Shawna: I was chatting with Raymond Baxter, The Relationship Blogger, on Facebook when he began sharing the aspects of #LinkYourLife he most enjoys. He told me he has run support groups and that our Facebook group was what a support group was meant to be. That had me excited because the whole goal of #LinkYourLife from day one has been to connect on deeper levels, to support and raise each other by truly getting to know one another beyond the blog, beyond Tweets, and beyond Facebook shares.

I asked if he would like to write a piece as a guest (again-see his first guest post here) on The Honeyed Quill sharing his thoughts. He accepted and composed the piece almost immediately, much to my surprise. I’m not sure why I was surprised. Raymond always follows through and is 100% genuine. He has been an incredible friend since we’ve met via our mutual friend, who he mentions below.

I told him I wanted to put this piece up on a Friday, which is the day #LinkYourLife is most active on Twitter and Facebook. He agreed. Here it is. I hope you enjoy it and that you go find Raymond on his site across the pond from mine. He is very much worth reading.

I also hope you will join us online. In our Facebook group. We are currently doing daily video and image shares. On Twitter, we are supporting, reading, retweeting and going beyond the RT. Find us and say hello!

I tell you, meeting Shareen and Shawna was an absolute blessing. And I happened upon it by total chance. Probably one of the best chances I’ve ever taken. Skinny and Single is a lovely, lovely lady. She tries not to act it but I’m here today because of her. She was the one that introduced me to this group. As we were talking over something unimportant, she suddenly came up with this, “Ah, I think you’ll fit right in here. They’ll love you in there.” And she added me to #LinkYourLife Connection, the #LinkYourLife Facebook group.

At first, I must admit that I was rather tentative about the whole idea. This was a group that self-proclaimed the promotion of empowerment and inclusion. Yet all the other Facebook groups, writing or supportive, were usually bogged down my too many rules and regulations rather than support. Admins were too afraid to get their hands dirty and usually had themselves protected too much, on some high throne of wellness. So I was sceptical, to say the least. I was all for empowering and supportive environments. I had run them previously for three years in my last job.

Supportive environments are just that; They support and they empower people. I’ve run several groups in my time, each of them grown better than my initial expectations. As a group leader, I wholly recognise the dynamic of the group and know where my place will be as the group grows. If we have strong leaders in the group already, I tend to take a step back and let them lead us into new and exciting directions whilst being there to support the less confident members.

Yet, on the other hand, if I have a group of unconfident people then I lead strongly until a time that I feel other members are growing and outgrowing my leadership. And people tend to do that. The more confidence a person gains, then leadership can become a battle. One must learn to lead from the sidelines. It’s all very empowering and I used to absolutely love doing it. Watching people grow exponentially. Doing things they never thought possible. It’s amazing to watch.

And this is why I LOVE LinkYourLife Connection SO much. The dynamic–it’s just like one of my groups. I didn’t even know Shawna and Shareen were the owners until at least the third or fourth day. If I look back, as a strong-willed, and confident young man it probably would have played on my ego to have someone immediately introduce themselves as “my leader”. I usually lead. I’m not accustomed to being led or forcefully led. I feel this was immediately recognised. My transition into the group was easy and immediate. I love the whole dynamic and the individualistic approach that both Shareen and Shawna have going.

It’s also really important to me that we’re not bogged down by a ton of rules and negativity. Like when God speared his rules into two tablets of stone with lightning whilst Moses stood there, quivering. “THOU SHALT NOT. . .” I feel that breeds negativity and uprising. Authoritarian just doesn’t inspire or help in my opinion. There are times when authoritarianism needs to be used, but not in an empowering and uplifting environment. You know what? I’ve never had or saw any rules pitted against anyone in a display of authoritarianism in there. It’s very relaxed and open.

And wow, they are open. People are encouraged to dig deep. We’re all writers in there and we are inspired by one another. A lady called Darla, she wrote an amazing piece on the Huffington post about her gambling addiction, which, in turn, had me sharing my worst memory, which in turn I feel had Charlotte sharing a tough memory about herself. We are being taught how to write to inspire, and it’s truly an amazing journey. My writing has improved ten fold since meeting Shawna and Shareen, and it’s been through their competitions and hints and tips that I’ve improved myself. It’s truly a thought provoking, and inspiring environment.

I’d recommend this group for anyone that wants to improve their writing, or truly write to inspire others. That was my main aim at the beginning. Writing to inspire. And I’ve been carried along on an amazing journey of self-analysis and learning. Which I really feel I couldn’t have managed if I hadn’t met these lovely people.

What's Your Problem With My Gluten-Free Diet? 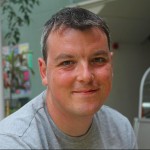